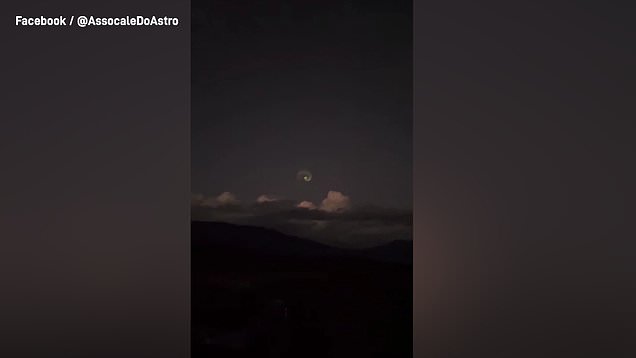 A strange-looking spiral that appeared in the night sky over the Pacific Ocean has got some people wondering if aliens have visited.

But rather than evidence of E.T., the weird shape has a much more mundane explanation.

It’s actually the second stage of a Chinese Long March 2C rocket, which took off on June 18 to deliver a payload of 4 satellites into orbit.

Once past the first stage liftoff, rockets will expel their fuel to prevent it exploding in orbit due to residual pressure in the tanks.

In this case, it formed a spiral pattern in the night sky.

The spiral was spotted in the skies of New Caledonia and Vanuatu in the southwest Pacific at around 6pm on June 18. Many witnesses took photos and uploaded them to social media, wondering what was going on.

‘We have no explanation, but we are far from being specialists in this kind of phenomenon. Based on our initial research, the only similar but even more dramatic phenomenon is the Norway Spiral in 2009.’

The ‘Norway Spiral’ in question was also the result of a missile launch – this one from the Russians that went wrong and ended up spiraling around in the sky.

MORE : Astronaut says anyone who thinks UFOs are proof of aliens is an idiot