Inside look: Spaceflight ships out Sherpa orbital tugs to give 36 spacecraft a ride

AUBURN, Wash. — A pair of space tugs are beginning their journey from Spaceflight Inc.’s clean room, south of Seattle, to low Earth orbit.

Along the way, the Sherpa orbital transportation vehicles and their 36 ride-along spacecraft will be loaded up on a SpaceX Falcon 9 rocket and fired off from Cape Canaveral Space Force Station in Florida as early as this month.

Spaceflight’s Sherpa vehicles are pioneering a relatively recent innovation in the satellite launch industry. Such space tugs can go up on a single launch and send a variety of rideshare satellites to a variety of orbits. The first Sherpa-FX model successfully deployed 13 satellites and carried two additional piggyback payloads during SpaceX’s Transporter-1 mission in January.

This time around, there are a couple of added twists: Two Sherpas — FX2 and LTE1 — will ride on the upcoming mission, which is called Transporter-2. And LTE1 is the first Sherpa to be equipped with an electric propulsion system that’s being provided by California-based Apollo Fusion. Electric propulsion is the real-life parallel to the ion drives that are standard fare in science-fiction sagas like Star Wars and Star Trek.

Apollo’s electric propulsion system, and a chemical propulsion system that’s due to make its debut later this year, will give the Sherpas more options for satellite deployments. That’s the bottom line for Seattle-based Spaceflight Inc., which focuses on managing launch logistics for small-satellite customers.

“We have customers who just need to go to the 525-kilometer orbit that SpaceX is going to take you to, and that’s fine. Other customers maybe want to go to 540, or maybe 600, or maybe they want a different plane. So you have to do some changes in orbit,” Tony Frego, Spaceflight’s senior director of mission management, explained during a tour of the company’s spacecraft integration facility in Auburn.

“What we’re looking to do here is to get our customers to the right spot at the right time to enable them to do their mission,” Frego told GeekWire. 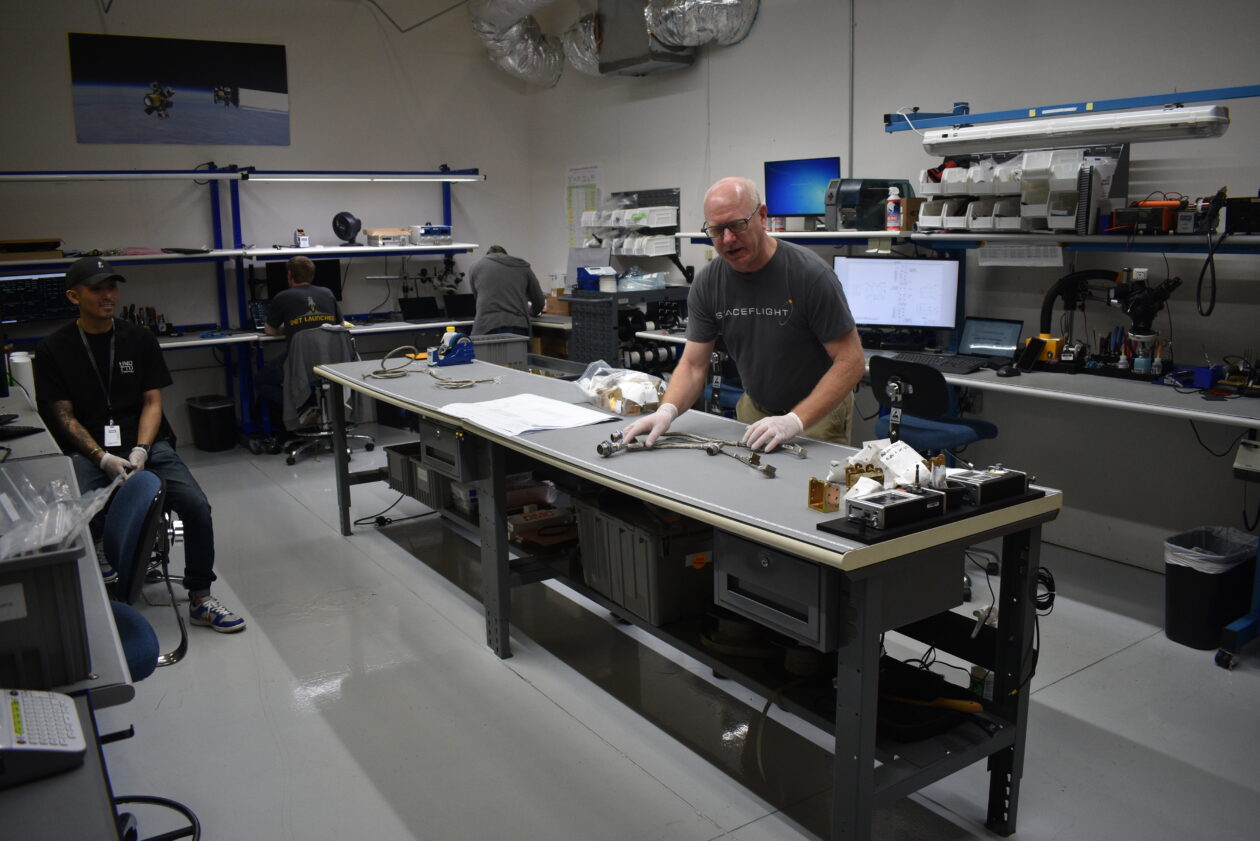 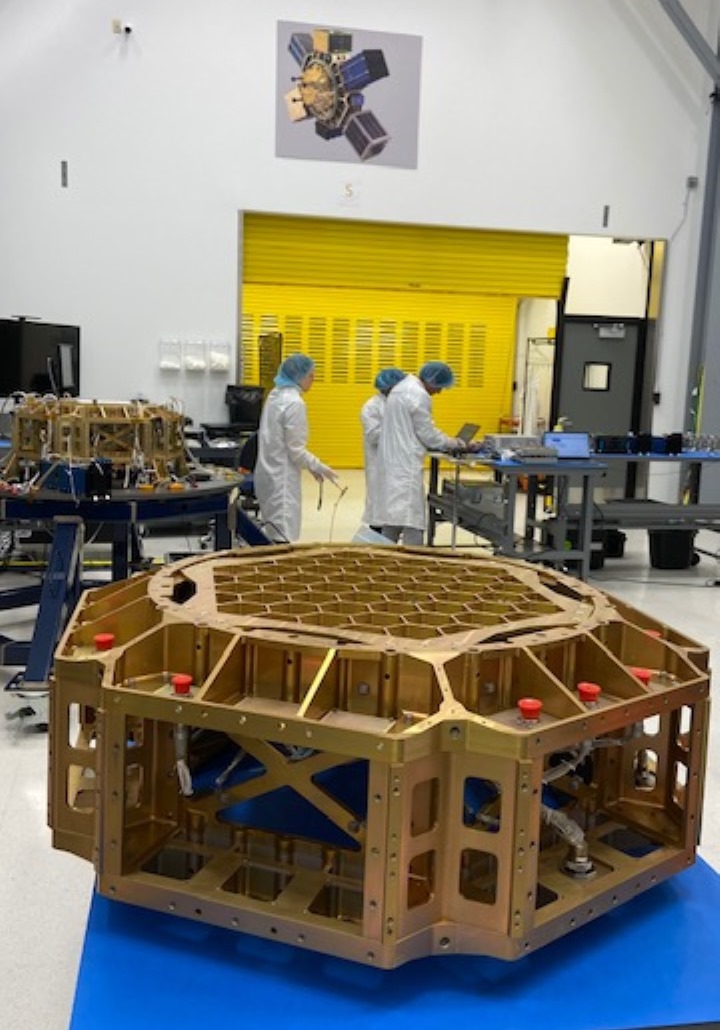 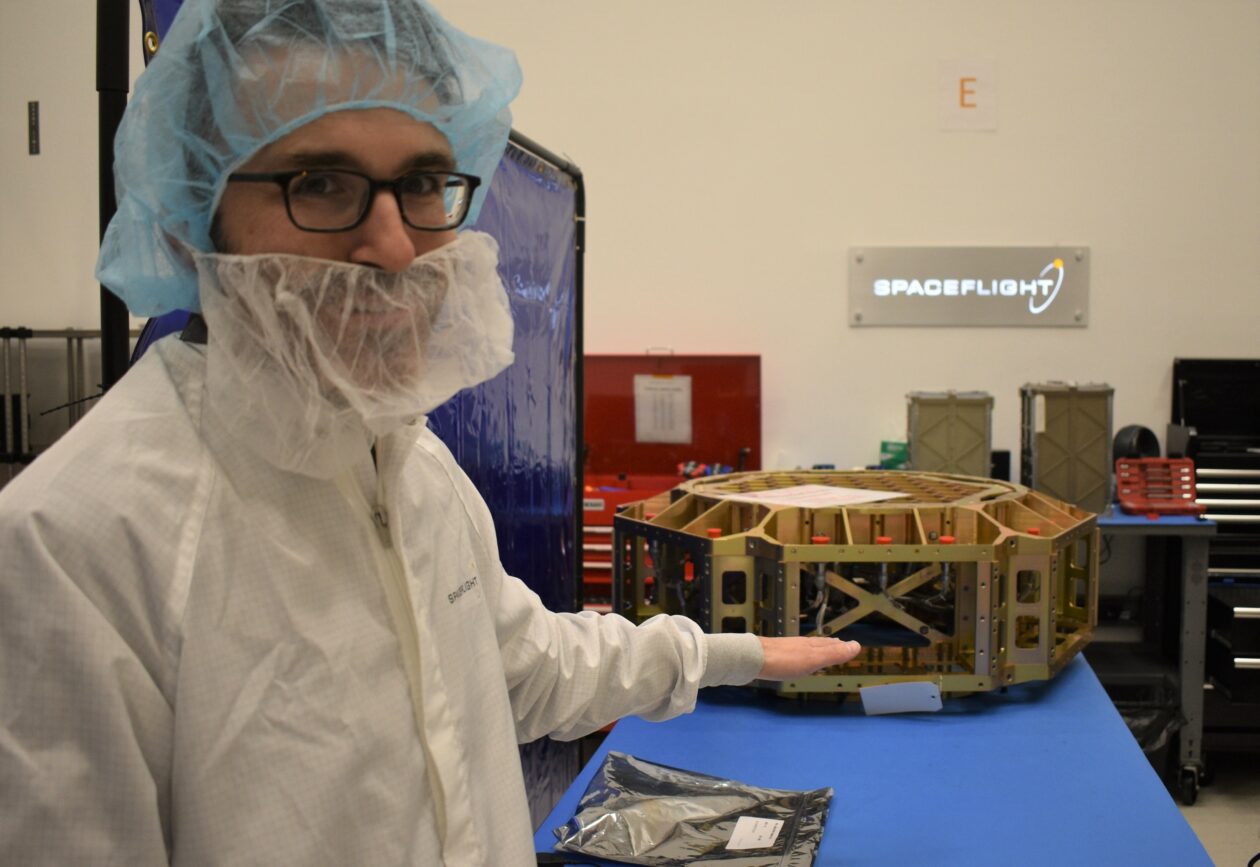 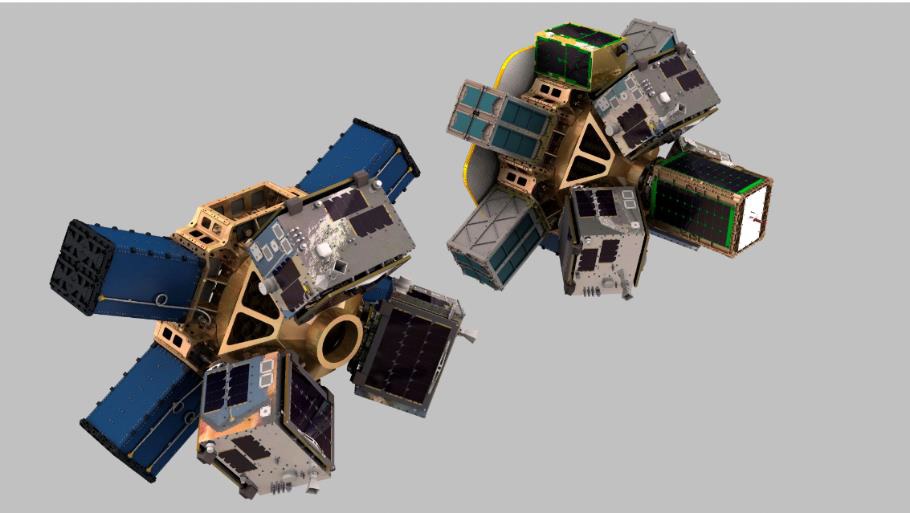 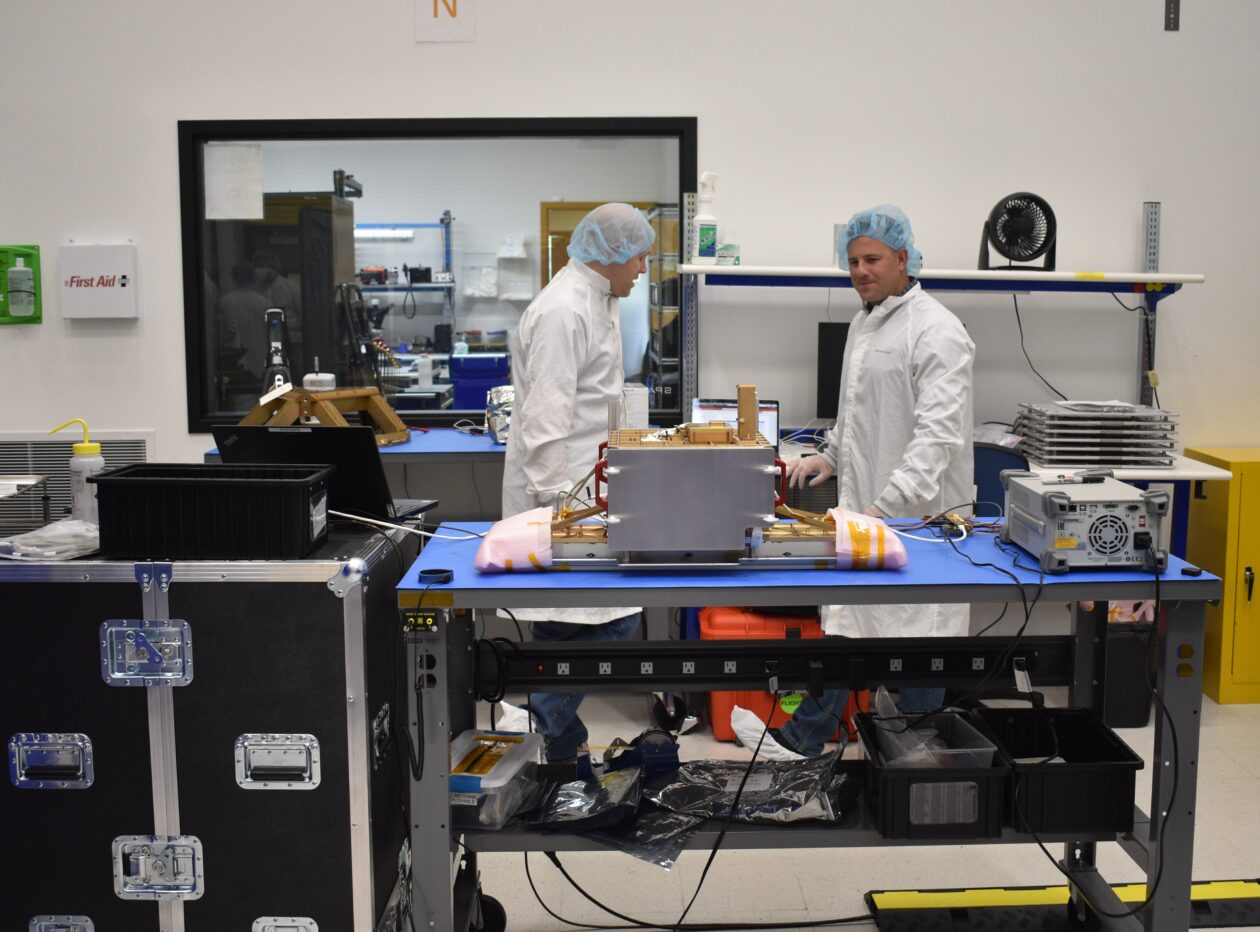 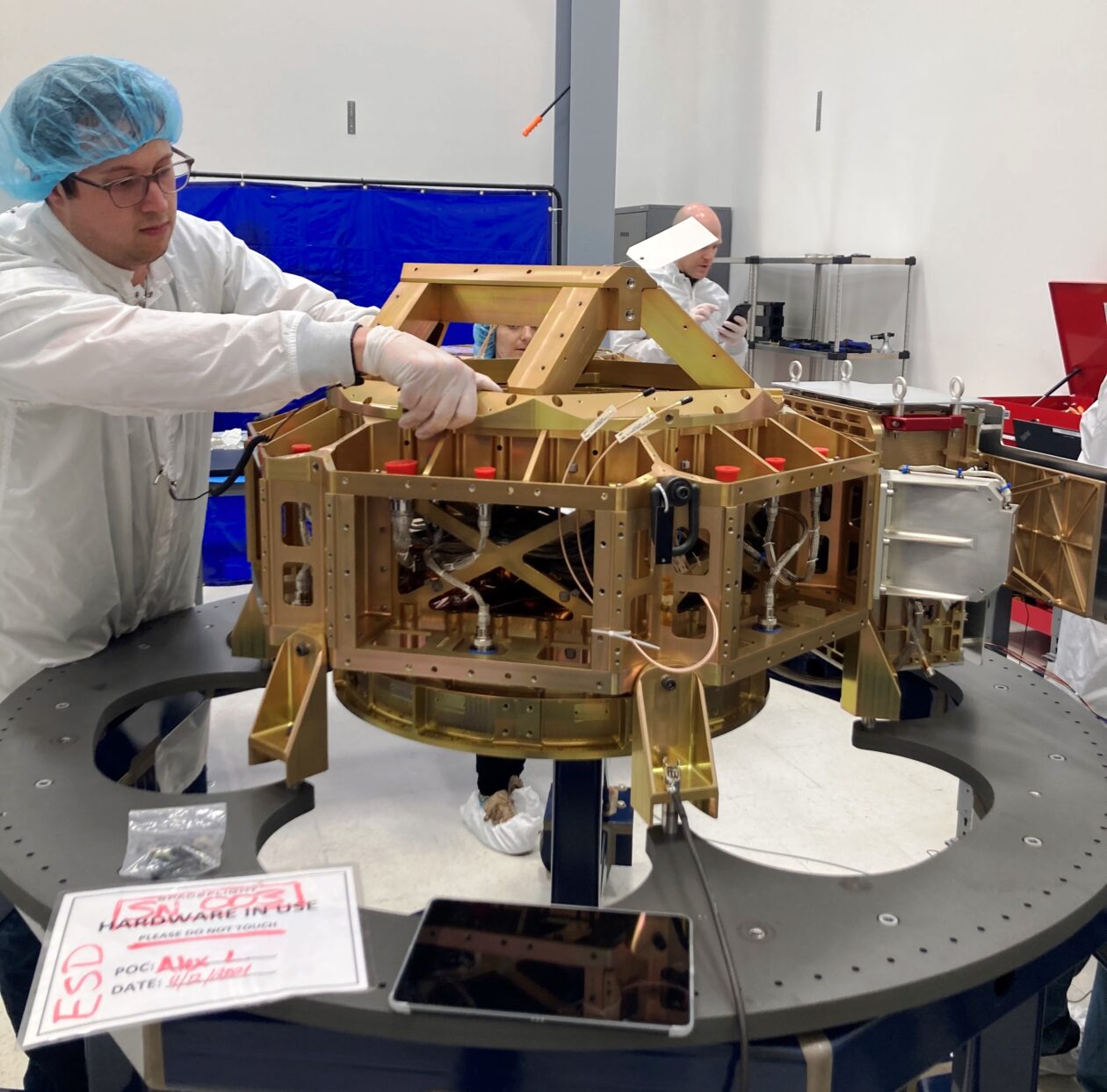 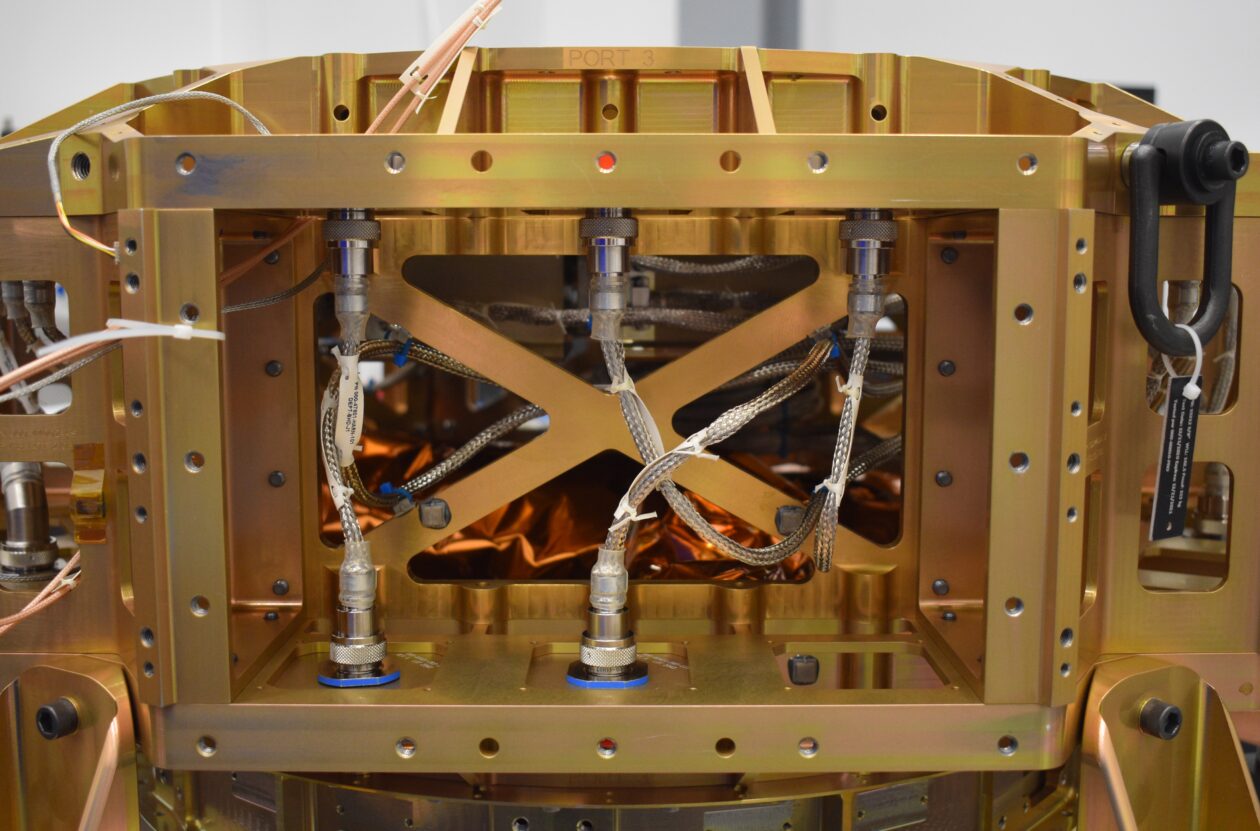 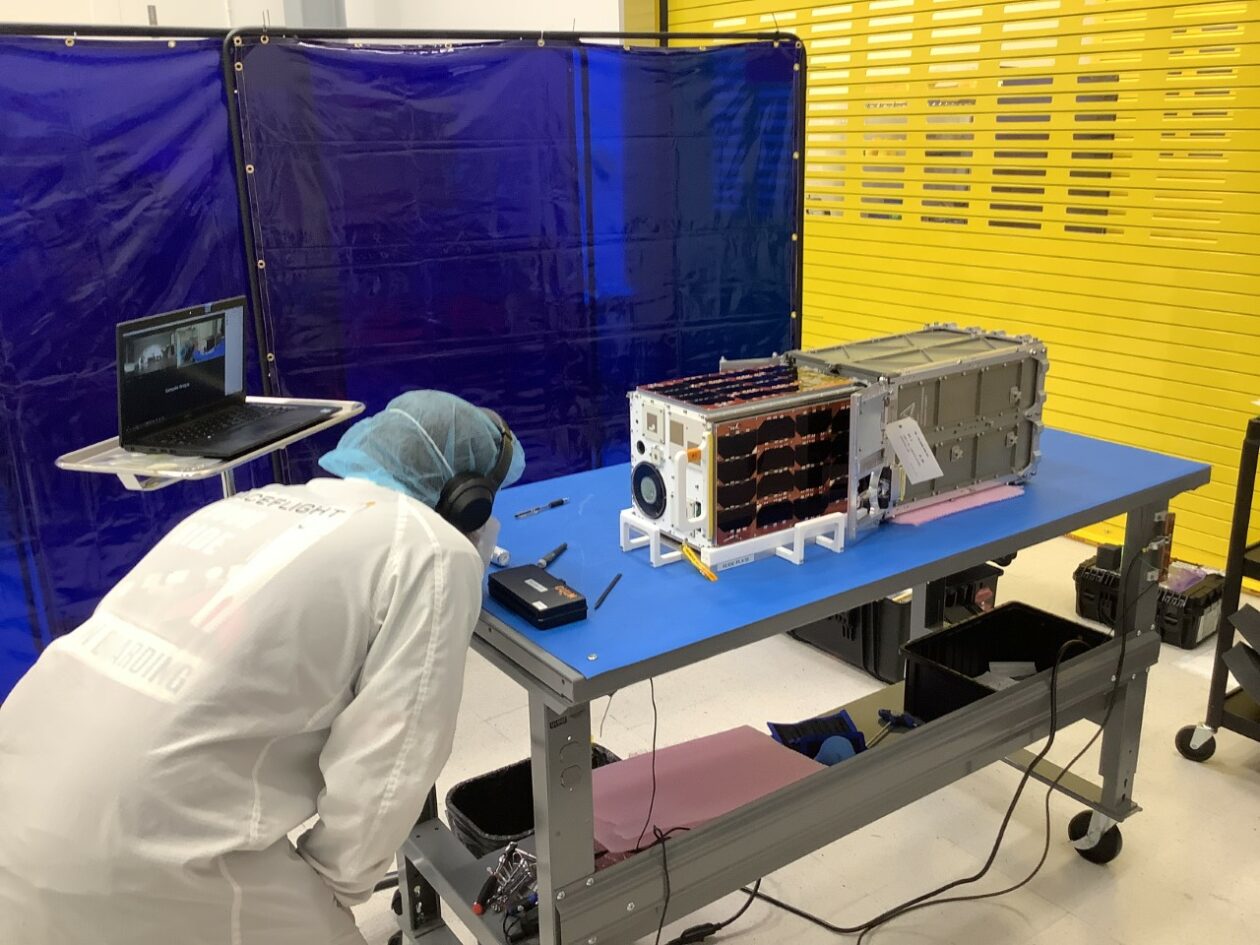 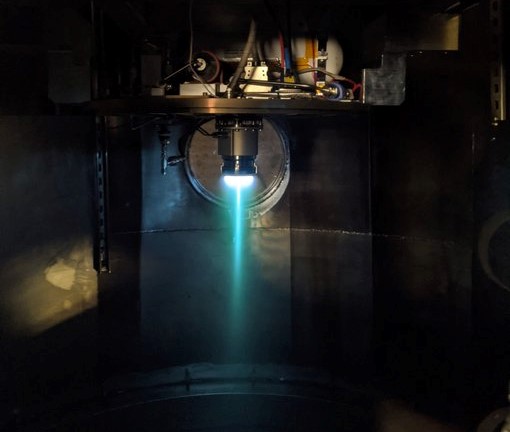 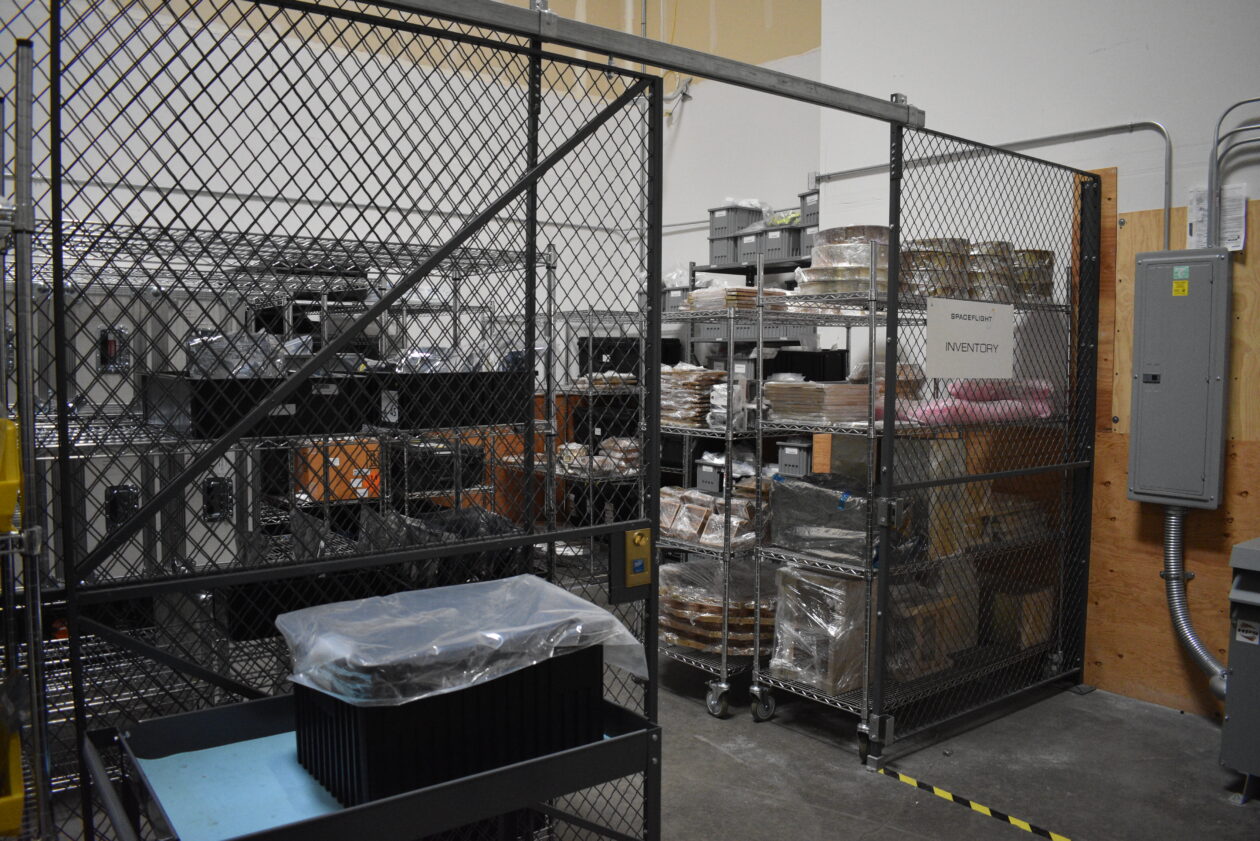 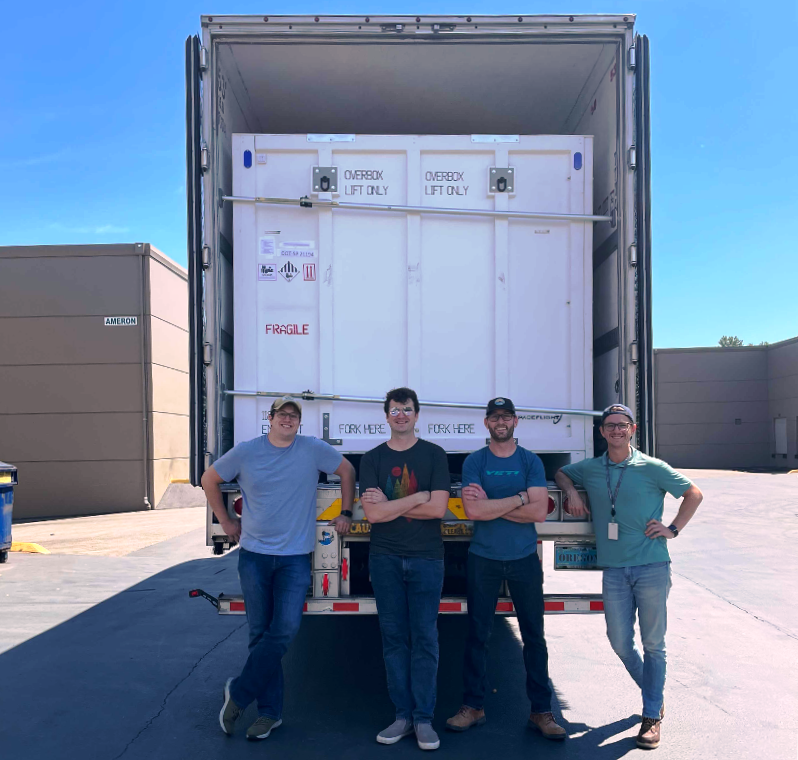 The basic Sherpa design is meant to be modified or added to, depending on the requirements of the mission. It’s reminiscent of a vacuum cleaner with multiple attachments. “I’ve heard the Lego analogy as well,” Frego said. “We’re very much ‘accessorizing’ the Sherpa vehicle with different capabilities.”

Boxy satellite deployers can be attached to the various ports of a Sherpa vehicle, and the onboard command-and-control system can be programmed to trigger the release of each satellite at just the right time.

For Transporter-2, the space tugs will be carrying six microsatellites, 29 even smaller nanosatellites and a hosted payload that’ll remain onboard the Sherpa in orbit.

Fourteen customers from seven different countries are represented on the payload manifest. The payloads include satellites for Internet of Things connectivity from Swarm Technologies and Astrocast; Earth-observing satellites from HawkEye 360 and Spire Global; and a prototype for Orbit Fab’s orbital refueling spacecraft.

During our tour, six engineers wearing hairnets and clean-room gowns gathered around Lynk Global’s cell-tower satellite like so many poker players at a card table, winding up their work.

Spaceflight Inc.’s workers and their industry partners faced a May 31 deadline for finishing up assembly of the Sherpa vehicles so they could be trucked to Florida for a final round of pre-launch processing.

Thanks to some longer-than-usual workdays, Spaceflight shipped out Sherpa-LTE1 on Monday, and Sherpa-FX2 will follow on Wednesday.

“It was a late night last night,” Frego said during Friday’s tour. “But it was pretty awesome to see it come together.”

LTE1’s electric propulsion system can be used not only to send the Sherpa into different orbits, but also to take the Sherpa out of orbit when its mission is done. Spaceflight Inc. will test that capability at the end of the Transporter-2 mission.

“How do we not create more space clutter up there in orbit?” Frego asked. “One of the ways you can do that is to basically use the propulsion system on board to bring it down to a much lower orbit and altitude. … Instead of deorbiting in years, you might deorbit in weeks. That means there’s less chance of a collision on orbit, because you’ve moved it that much closer. And then everything will just burn up in the atmosphere.”

As satellites get smaller and launches get cheaper, Spaceflight Inc. expects to rely increasingly on its Sherpa spacecraft to scatter flocks of satellites in orbit.

“We are basically at a point right now where we’re building them up as quickly as we’re consuming them,” Frego said. “After this mission wraps up, the idea is that we are going to start building up surplus for the next mission in December.”

Just outside the clean-room door, Spaceflight Inc. has set aside a space where it’s already stockpiling parts for future Sherpas. Some of the components are built in-house, but other components are made elsewhere.

“Almost all of them are made at local machine shops,” Frego said. “That’s one of the things we’ve definitely tried to do: utilize the existing local workforce base that we have with the machine shops. And a lot of them have been great.”

That’s one of the reasons why Spaceflight Inc. continues to be headquartered in the Seattle area, even though it’s now owned by a pair of Japanese companies and works on launches from locales as far away as India. Spaceflight Inc. can take advantage of the infrastructure that’s been built up over the course of more than a century to support Boeing’s airplane business.

“Boeing was the one who laid the groundwork for a lot of the vendors that we see in the area. We’re definitely capitalizing on the groundwork that they’ve laid,” Frego said. “For a lot of the work that we talk about with the machine shops, they’re already cutting aluminum. So they already have this capability, whether it be for Boeing or for spaceflight.”