‘If we don’t change, we are f***ed’: Greta Thunberg sends warning to humanity 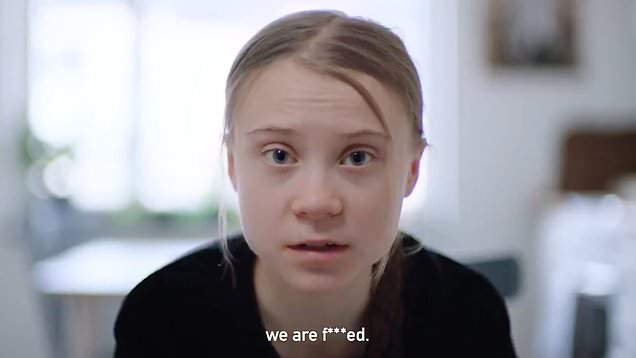 Greta Thunberg has issued a blunt warning to the rest of humanity.

If we don’t shift to a plant-based diet, ‘we are f***ed’ the activist said in a new video posted to Twitter.

‘The climate crisis, the ecological crisis and the health crisis – they are all interlinked.’

‘The way we make food, raising animals to eat, clearing land to grow food to feed those animals… It just doesn’t make sense.’

The effects of agriculture on the climate crisis are well known at this point. Raising animals for food counts for around a quarter of global carbon emissions.

If we switched to a vegan diet, it would eliminate as much as eight billion tonnes of CO2 being released into the atmosphere every single year.

‘If we keep making food the way we do, we will also destroy the habitats of most wild plants and animals, driving countless species to extinction,’ the Swedish activist said.

‘This really sucks for us too – they are our life-supporting system. If we lost them, we will be lost too.’

Ms Thunberg, who has been vegan for years, also asked her viewers to consider the feelings of animals raised for food. She points out that many spend ‘short and terrible’ lives inside industrialised factory farms.

The video was funded by Mercy For Animals, a charity which campaigns to prevent cruelty in the livestock industry and promote veganism.

MORE : Greta Thunberg: Unethical to vaccinate young in rich countries over poor ones