Book excerpt: ‘The Butterfly Impact,’ and how changes in workplace culture can start with you 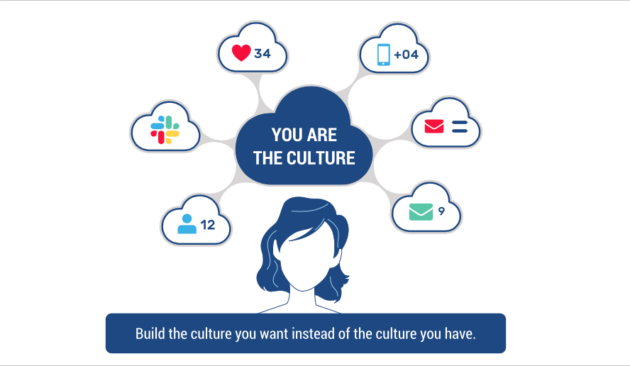 A crappy culture will surely slow any business down and make it more difficult to achieve goals and hit performance benchmarks. But that’s not the real problem. A toxic culture can ruin a person’s life. Nine out of 10 American workers, about 130 million people, go home every day feeling they work for an organization that doesn’t listen to or care about them. Sadly, research also found that the rate of heart attacks goes up 20 percent on Monday morning. Culture is not some touchy-feely nicety that only Silicon Valley startups can afford to have. It’s vital to your health and well-being. And thankfully, you can do something about it.

Using The Butterfly Impact as our lens, we know that a poor workplace culture will inevitably infect each person’s life outside of work, too. It only gets worse if your culture is truly toxic or fully dysfunctional. If you think this is management’s responsibility, you’re partially right. The ability to create and foster a great culture for people to thrive is one of the best traits of great leaders. Waiting for someone else to fix it leads to feeling powerless, however. You can do more than sit back and complain about the culture at your workplace. Again, your health and well-being are at stake.

Here’s the secret: You are the culture.

Everything you do at work, every interaction, conversation, email, chat message, smile, laugh, sigh, eye roll, presentation, meeting invitation, and video call constitutes some part of the culture where you work. Once you understand and accept this reality—and this power—you can help build the culture you want, instead of the culture you have.

“’When I was younger I felt less empowered to influence the culture,” says Elaine Helm, a Seattle-based PR executive.. “I didn’t really try to balance the long hours and stress with some degree of self-care. When you’re in the early part of your career you feel like you have less influence. But I’ve learned that leading in whatever role you’re in, model your behavior, your interactions and build that culture piece by piece. People notice and start to adopt it and make it part of how they behave.

“There’s a lot you can do day to day that will help you feel better about what you’re doing instead of bringing home stress.”

Every individual can impact the culture at work, for better or worse. I remember leading a strategy workshop for a client company a couple years ago, leading a discussion and brainstorming session in the executive conference room with about 20 leaders from the organization. I thought the session went really well and ended with some specific action steps to move the team forward. Someone I respect said with a chuckle, a partial smile and raised eyebrows: “Too bad that’s not how things are done here.” Ouch. Most of the people in the meeting had filed out by then so it was just me and two other people doing a post-meeting chat. The other person in the room chuckled in agreement. I heard this type of comment often at this organization over the two-plus years I had been consulting there. This time it hit different, though, so I countered:

“You know, every time you say that, you perpetuate exactly the type of culture you are currently complaining about. You are describing a part of the culture that should be in the past, but each time you mention it, you drag it into the present day and help move it forward. It’s not helping.”

Since I had built trust, shown empathy, and (hopefully) proved that I knew what I was talking about, my counterpoint landed softly and caused a moment of pause. The two people who remained in the room looked to the side for a few seconds, processing this idea, then looked back at me and nodded. ‘That’s true,’ they both said, ‘But …’ I don’t recall exactly where that next sentence went, but I’m pretty sure it targeted someone else. Another one of the dumb things our brains do is jump to conclusions and assign blame to other people before understanding the context of a given situation.

Have you ever been driving down the road and been forced to swerve to the side or hit your brakes because of another driver? Of course, we’ve all been there. If your brain immediately thought, “What a jerk!” then you experienced what psychologists call blame bias. Instead of first considering the surrounding circumstances that may have led to the other driver’s actions we jump to the conclusion that they are bad and we are good. What if the other driver didn’t make the turn because an old lady was using the crosswalk? Now who’s the jerk?

Blame bias impacts our workplace interactions more than we realize. Our minds naturally blame people—without context, without empathy, without understanding. And, research has found, we tend to believe that other people are more likely to have blame bias than we are. When blame bias infects a workplace it creates drama, assumptions, and fear. It destroys trust. Then, all that stress and anxiety goes home with us and infects our personal lives, too.

Why did someone miss her deadline? Because she’s a slacker. Why was the work sloppy? Because he’s not smart. Why didn’t that manager show up to the meeting he called on time? Because he’s an uncaring person and his mother didn’t hold him enough.

“Once you’re aware of the blame bias, you’ll see it everywhere in your life,” Lindsay McGregor and Neel Doshi wrote in Primed to Perform. “The most powerful personal antidote is to come up with five alternative explanations for the behavior that do not assume a problem with the person.”

McGregor and Doshi recommend the REAP model of feedback to start the hard work of “deblaming your life”:

“We invest all sorts of energy in hiring the right people then underestimate the influence of our culture once they arrive,” the authors continue.

The question for most people, however, is what can you do to influence the culture where you work. First, stop complaining about the culture. Start defending it instead, even when that’s difficult. Too often, the faceless company or a stand-in phrase like this place are facades for a complaint that is actually intended for a person. A company or building can’t engage with you in working through an issue, but a person can. Mining for conflict, as Lencioni recommended in the previous chapter, and building trust are powerful tools to building a positive culture. And addressing the blame bias that impacts all of us.

Hallway chatter and side conversations undermine an organization’s culture. “The meeting after the meeting,” as it is known in some workplaces, is where people openly share their real reservations to a leader’s new vision. “That’s never going to happen here” is an example of how culture eats strategy for lunch. As Brene’ Brown has mentioned many times on her Dare to Lead podcast about her own organization, “we talk to people, not about people.”

Those opposing viewpoints need to be part of the conference-room discussion instead. It’s so simple, yet so powerful. Mine for dissent, ask uncomfortable questions, say hard things. If an entire organization had this capability, think of how much healthier the culture would be.

I have started leading workshops to help people practice these skills in a safe space. It can help alleviate the fear many of us have that lead us to avoid conflict at all costs.

If you work in a culture where speaking up in a meeting seems risky, if you can’t speak truth to power in an open forum, then focus your attention on building your relationship with your supervisor directly, outside of the meetings. The stronger your direct relationship with the boss is, the more likely it will be for you both to serve as allies for one another during the big meetings.

“Do people trust each other?” Sharon Prill says. “If they do, it opens so many avenues.”

You can do more to influence the culture where you work, but it does take courage and effort. Here’s how to get started:

If you have ever wished things were different where you work, take a moment and think through that intention. Then take a few minutes and put pen to paper (or fingers to keyboard). Make a list of roses and thorns:

If you have a truly terrible boss there is definitely a limit to how much you can move the needle. (We will explore “managing up” in the next chapter.) It’s still possible, however, to own what you can and do your part to steer the culture in a new direction.

This is an excerpt from The Butterfly Impact: Resilience, Resets and Ripples, the new Amazon best-selling book by Mark Briggs. A full-scale investigation into creating work-life balance, the book produces a surprisingly simple framework of small, meaningful actions which creates a ripple effect, touching everyone in your world. Graphic illustrations (including the one above) provided by Seattle-based Killer Visual Strategies. More information on The Butterfly Impact at www.butterfly-impact.com.