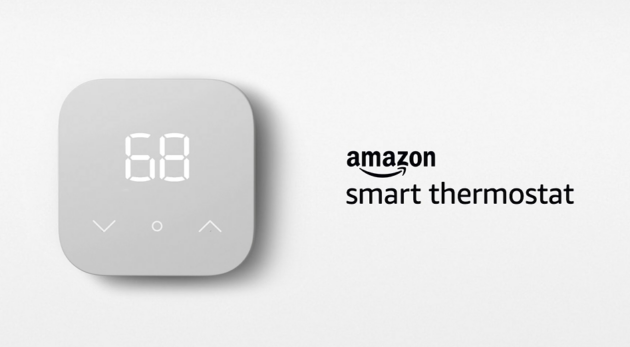 Amazon started its annual Echo and Alexa devices and services event on Tuesday morning with the announcement of a $59.99 smart thermostat in partnership with Honeywell.

The device undercuts existing smart thermostats on price. Google’s Nest Learning Thermostat is $199, while a thermostat from Seattle startup Wyze is $70.99. The price for the Amazon device could be as low as $10 with utility rebates, the company says.

Amazon Smart Thermostat will work with most 24V HVAC systems, according to the company.

Echo Show 15: The company also confirmed a new flat-screen, 15.6-inch Echo Show that can be mounted on a wall.

“We think of it as a kitchen TV — just much, much smarter,” said Miriam Daniel, Amazon vice president of Alexa & Echo.

The device will cost $249.99. The announcement confirms a report by Bloomberg News last week.

Alexa for Kids: Other announcements include a new customized version of Alexa from Disney, and a new Amazon Glow video conferencing device for kids. See full story.

Halo View: Amazon unveiled a new health band called Halo View, the second device from its Halo health-and-wellness initiative, and the first with a display. Unlike the original Halo Band, released last year, the Halo View does not include a microphone. See full story.

Astro home robot: Amazon introduced a home robot called Astro, under development for the past several years, using artificial intelligence and other advanced technologies to operate autonomously in the home. See full story.